I constantly find myself stuck between my phone and computer mindlessly scrolling and waiting for little red notifications and their accompanying ping.

I say mindlessly because I’ll pick up my phone, unlock it, navigate on autopilot to social media apps and start the process of scrolling. At some point my brain clicks and I realise what I’m doing – and I also realise that I’m feeling like shit for no reason.

Maybe you do the same?

Firstly, it’s not your fault and secondly, there’s something you can do about it.

In order to explain what’s happening I need to break this down: 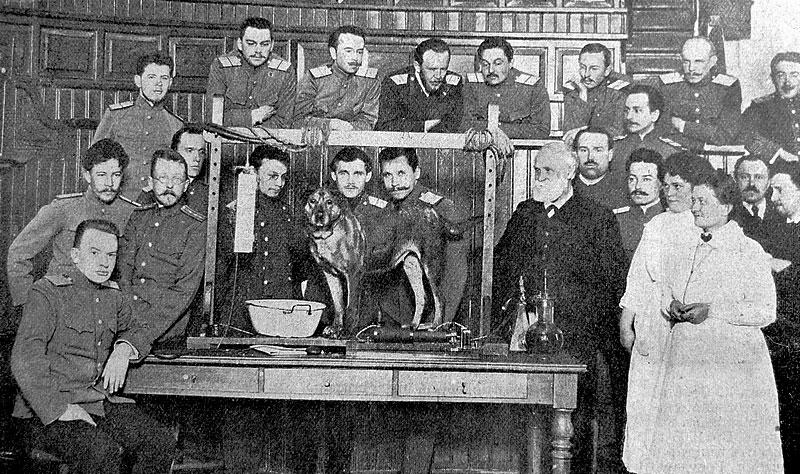 Picture: Ivan Pavlov in the laboratory

The mindless navigation to apps and pointless scrolling – there’s got to be a reason why we do this right?

There is, and to explain I’ll tell you a story about a Russian psychologist, Ivan Pavlov. In 1927, Ivan was able to show that dogs would salivate at the sound of a bell if they’d been previously been given food when a bell rang. This came to be known as classical conditioning.

In its basic form, classical conditioning is what happens when a biologically potent stimulus (e.g. food) is paired with a previously neutral stimulus (e.g. a bell) resulting in a physiological response (the dog salivating).

When it comes to social media that potent stimulus is the basic human need we have to feel connected and validated.

The neutral stimulus is the push notifications of all types both visual and audible that we get bombarded with and succumb to all the time- it’s nearly impossible to see a little red notification and not click it right?

These seemingly harmless notifications are actually part of a system that is designed to make us pick up our phones and access apps without really thinking about it. The act of doing this creates what’s called a habit loop.

There are four parts to a habit loop –

Example of a habit loop:

Cue: Your phone buzzes with a new notification

Craving: You want to know what it is

Response: You grab your phone and open up the app

Reward: You satisfy your craving and the loop is locked

The reward is a hit of dopamine, a neurohormone which plays a part in controlling the movements (and habits) a person engages in, as well as their emotional responses.

Dopamine triggers you to seek a reward, and once you are rewarded, triggers you again to seek the next reward.

It’s particularly powerful when it’s paired with a ‘cue’ – like a notification – which creates anticipation and enhances the addictive effect. That effect is further increased when the cue is unpredictable like it is with notifications. It’s the same sort of process that makes people addicted to poker machines.

After a while, it becomes harder and harder to stop checking your phone to see if you have a new message or response. This never-ending stimulation of the dopamine system can be exhausting and the constant switching of attention can make it near impossible to get anything done. So you find yourself sitting there, staring at your phone, stuck in this habit loop.

What I want to make clear that dopamine isn’t a bad thing – it’s a natural, necessary part of our body. However, when companies take advantage of your psychology (and physiology) to get more screen time and ultimately increase profits at a cost to your mental health, we need to take note.

Our brain naturally has a negativity bias.

This means that we focus on, appreciate and remember negative things more than that which is positive. This negativity bias plays powerfully on all social media platforms including Twitter, Facebook and Instagram.

Twitter’s statistics shows how our negativity bias fuels social media engagement. A study of 160,000 twitter posts showed that tweets that were “emotionally charged” are retweeted more often and more quickly than those without an emotional charge. This means we are more likely to share things that emotionally trigger us, even if they make us feel angry or distressed.

This makes negative or emotionally charged content more prominent within algorithms and so more visible.

Facebook’s profit relies on people using their platform; the longer they stay the better. They identified that more time was spent on the site when people were able to interact with others on issues they were passionate about and so they created features like pages, groups and trending news topics in the news feed on which people could comment.

While on the surface, these features seem innocuous, Facebook algorithms mean that those discussions that are controversial and garner more comment are made more visible meaning they get even more comment and more exposure.

Essentially, negativity abounds and we walk away from the phone feel bad.

Instagram takes the nativity bias a step further and connects it to the human instinct to self-evaluate.

Humans compare themselves with each other to “determine social worth.” It is an instinctive, hard-wired drive to evaluate ourselves against others in areas such as success, intelligence and appearance. Unfortunately, these evaluations promote judgmental, biased attitudes that can swing into either the positive (narcissism) or negative (anxiety and depression). Social media such as Instagram magnifies the impact as it combines the habit loop with the negativity bias and the instinct to compare.

Personally, I find being surrounded by negativity and comparison super stressing and a hindrance on creativity. Stress stops your brain from functioning correctly and I definitely feel the impact of social media when I use it all day, every day.

But it’s important to understand that these negative outcomes of social media use are not accidental but intention.

Renee DiResta, a researcher in the field of bots and manipulation, says “The goal isn’t to keep people mad online, the goal is to carry that with you as a person operating both online and offline” – it’s a scary thought.

The great news is: there are things you can do about it!

Practical ways to help get into a better space

The first step is finding intention

New York best selling author Greg Mckeown sums this up well:
“You have to look at what you want intentionally from it [social media], what is the exchange of value I’m willing to make for what benefit”.

This idea is super important. Intention will help you stop those habit loops and disrupt the classical conditioning social media and devices have trained our brains into. Deliberately ask yourself, what am I here for? What value do I seek to gain from the social media platforms I use? What contribution would I like to make?

Then, when you use social media, keep that intention in mind. One way to remind yourself is to put all of your social media apps in a folder on your phone, then label the folder with something that can remind of your intention – whether that be something like ‘value’ or ‘inspiration’ or even just the word, ‘intention’.

The second step is to get rid of the cues

If you remove the cues, the habit loop is weakened. You can do this by:

Unsubscribing from the random email subscriptions you never read. It only takes a few seconds and it’s so worth it to clear your inbox of junk. You can either do this in one session or simply unsubscribe each time an email comes in that doesn’t add value to your life. 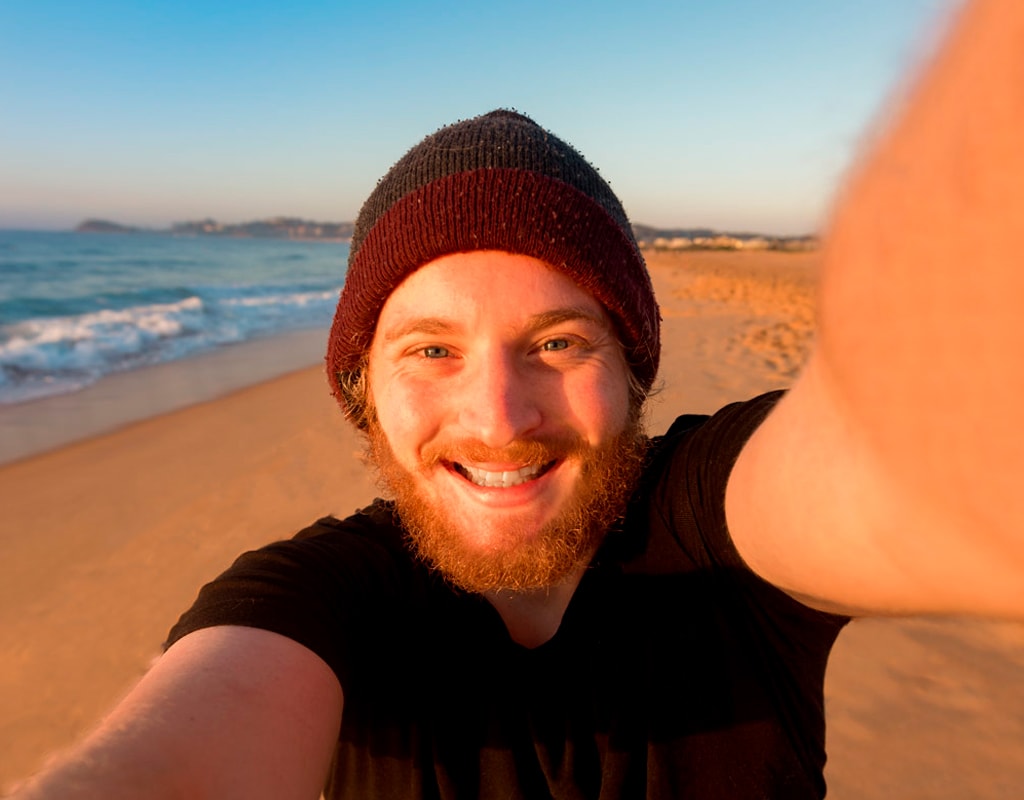 Hey! I’m Dale – a landscape photographer from the Central Coast of Australia.

I write about all things photography.

Psychology Today – “Why We’re All Addicted to Texts, Twitter and Google”

Touro University – “The Mind and Mental Health: How Stress Affects the Brain”

Positive Holiday Tips: Instagram is for Inspiration, not Comparison

Journal of Personality and Social Psychology – “Negative information weighs more heavily on the brain: The negativity bias in evaluative categorizations.”

The Psychology of Notifications: Why It’s So Easy To Ignore Your To-Do List App But Get Lost on Twitter

Harvard University – ‘Dopamine, Smartphones & You: A battle for your time’